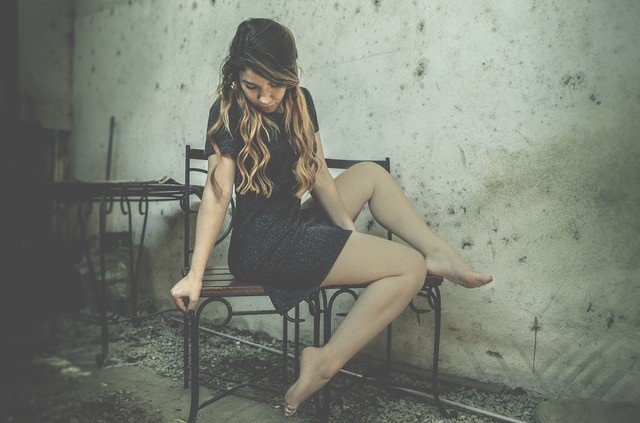 By far, forgiveness is one of life’s most difficult lessons.
I have come a long way since the first time I asked God to let me forgive…and forgiving my late husband was not something that happened overnight. At first, I was unsure if I would ever be able to forgive him for what he had done to Sebastian, to me, and those around us. However, with a lot of intervention from above, somehow, I was eventually able to find peace and replace the feelings of resentment with love and gratitude.

Forgiveness, just like grieving, is a process that requires time. A lot of time and a lot of work. Within days following that fatal night, I came to the realization that I needed to forgive my late husband for what he had done so that I could heal myself and remain healthy and sane. Otherwise, the pain and anger would crush me. As usual, I turned to prayer as my first resort. The answer to my cry for help came very soon in a form of a short note from my late husband that my neighbor found behind one of the cabinets in our home office. Although this note did not heal my heart in any way, it definitely allowed some feelings of warmth and kindness to enter my shattered heart.

Without a doubt, the road to forgiveness was very bumpy, especially in the beginning. The terrible nightmares involving my husband that followed that fatal night—combined with legal issues and the financial mess he had left me with—had definitely made it harder to forgive him. Still, with each passing month, bit by bit, the pain and bitterness would lessen.

The process was not an easy one and I did have to seek some help along the way. I attended a workshop and read some books on the topic of forgiveness. By diving deeper into the subject, I was able to develop a different view on what had happened as well as gain a better understanding of what my late husband had done. More importantly, the ability to remain grateful for all the good (and even all the bad things) that he had brought to my life helped me tremendously in healing the lingering resentment in my heart. One day, I suddenly realized that I was able to say his name out loud; that I could listen to his voice in the videos we took of the kids; that I could look at his pictures without feeling angry, fearful or resentful.

However, even more challenging that forgiving my late husband for what he had done, was forgiving myself for the part I played, or did not play, in this tragedy… For the longest time, I could not help but feel that I was the one who was responsible for his, their death… Ironically, towards the end, my late husband was convinced that I was conspiring to kill him. For a long time following that fateful night, I did feel that, in a way, he was right: I did kill him by dialing 911. I often asked myself what the outcome would have been had I not made that phone call…would he and Sebastian still be alive? Perhaps I should have called even sooner? The feelings of guilt always lingered near. I often wondered what I could have done differently if I realized he was mentally ill sooner. Maybe I could have helped him? What if I had chosen to run away sooner, before that choice was gone? Since then I have come to peace with the knowledge that calling the police was the right thing to do. Deep down I know I did the best I could under the circumstances, but these questions and doubts still do not allow me to be fully at peace.

Looking back, I realize now that even though forgiving my late husband was not an easy feat, it was definitely a lot easier than being able to forgive myself… I still sometimes struggle with the guilt and pain and I hope, one day, with God’s help, I will finally be able to feel copmplete absolution for my choices and peace.